The Community Fire Company of Perryville Maryland, Inc was organized September 13th, 1923 after the community was very concerned about the rash of fires that had been happening recently and with out no organized fire protection.

John H. England was elected Chief and the first piece of firefighting equipment used was a hand drawn hose cart carrying 2 ½ inch hose housed in an old building on Otsego St. along the Pennsylvania Railroad.

In April 1955 the company purchased a used 1946 Cadillac Ambulance from Harford Memorial Hospital for $800.00, and began providing ambulance service to the community.

On October 14th, 1967 ground was broken for our present firehouse and on November 30th, 1968 the new firehouse was dedicated. 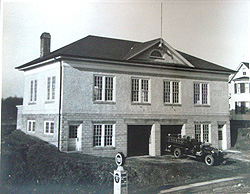 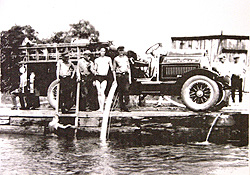 Please include your
Address & Phone